Along with GigE Vision, the new USB3 Vision standard looks set to become one of the two dominant standards in the machine vision market.The USB3 Vision interface is based on the standard USB3 interface and uses USB3 ports standard on most PCs to deliver a bandwidth in excess of 350 MB/sec. 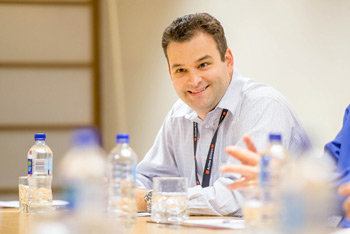 The USB3 Vision committee has also performed a lot of work over the past few months developing a validation suite that is designed to test the behaviour of cameras to ensure that they conform to the standard. Gross said that not only is the test suite being updated to augment the set of USB3 system requirements that are tested, but it has also been made easier to use. Having passed the validation suite, a USB 3 Vision camera should be interoperable with any system that complies with the specification.

Gross said that the committee is also working on producing a 1.1 update to the specification. This will be a minor revision that adds new features. Like his colleagues in the CoaXPress and Camera Link HS camp, the committee is also working to ensure that the specification will provide support for 3D vision that will rely on a new revision of the GenICam software standard. 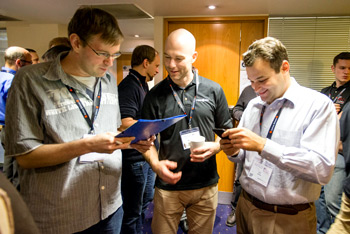 An update is also being added to support multiple streaming devices, such as cameras used in the security and defence industries industry that can, for example, deliver IR images and visible light images simultaneously. In such an image transfer methodology — which has already been defined in the CoaXPress standard — each stream of data would be tagged to identify which sensor the image had been captured from before being sent over the USB 3 Vision bus to a host computer.

One of the perceived limitations of the standard is the limited length of the cables that can be used in a USB3 Vision system. According to Gross, the committee is currently attempting to resolve that issue by defining a new procedure to certify the interoperability of longer cables, enabling them to be used with confidence.

“In addition,” said Gross, “there have been some interesting developments on the USB3 front itself, which forms the basis upon which the USB3 vision specification was built.”

Two developments have recently come to the fore – one is the USB3.1 update, which doubles the speed of the USB interface to 10GBit/sec. The other is the definition of a type C connector which is a lot smaller than current versions, and looks set to replace the A and the B and the micro B connectors that are in use today. To make that type C connector more suitable for vision applications, the committee is currently working to define a locking version. 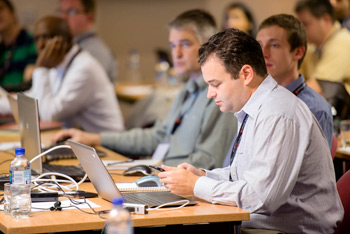 “The GigE Vision specification already has a synchronization mechanism built into it and USB3.1 has the same underlying facilities. To date, however, we haven’t brought such features into the USB3 Vision Specification, partly because existing hardware on the market doesn’t have such capabilities exposed to a user. But that is expected to change fairly soon,” said Gross.

The committee is also looking at ways to enhance the USB3 Vision specification to reduce the interrupt processing overhead involved in high frame rate acquisitions, and thereby increase the speed of systems that are acquiring and processing large sets of image data.

There is also a new addendum to the USB specification that allows a device and a host to negotiate for the amount of power delivered to the device on the USB3 interface. This could enable larger form factor cameras with larger sensors to be powered by the bus.