In the world of vision computer interfaces, two standards are currently jockeying for pole position in the high-speed end of the market — CoaXPress and Camera Link HS (CL-HS). Originally developed by Teledyne Dalsa to build on the strengths of the Camera Link interface, the CL-HS standard enables designers to build either a copper or a fiber interface from a camera to a PC. 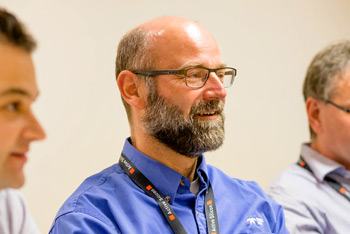 To provide a ready-to-use reference implementation, the Camera Link HS committee has developed two Intellectual Property (IP) Cores that support two physical layer implementations of the CL-HS standard – the M and the X protocol. The IP cores form the packets of data transferred over the interface and prioritize messages. The M protocol currently supports data transfer rates of 3.125 Gbit/sec per lane, while the X protocol supports rates of 10 Gbit/sec.

At the forum, Mike Miethig, Teledyne Dalsa’s Technical Manager for Digital Imaging explained that several issues currently being addressed by the CoaxPress camp have already been specified in the CL-HS standard. Support for single and multi-bit error correction and support for transferring image data from a camera to multiple frame grabbers, for example, were previously addressed in Version 1.0 of the (CL-HS) standard which has been available for over nearly three years.

Now the standards committee is putting plans in place to produce Revision 2 of the specification, having tidied up the previous version by producing an addendum to correct typographical errors and to clarify some of the nomenclature used in the specification. 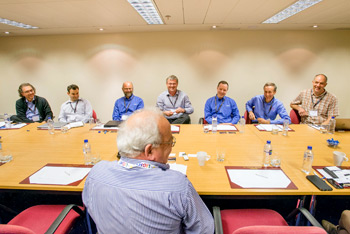 The new specification will add a context packet mechanism that will enable on the fly changes to be made to the number of memory buffers in the system, the locations of regions of interest in an image and also the type of data stored in the memory buffer. In addition, a frame leader and trailer packet will be specified to enable time stamps and metadata as well as details on the status of the camera buffer to be transferred over the CL-HS interface.

Revision 2 will also support multiple buffers in a frame grabber, enabling each buffer to hold different packet types and bit depths. This could prove a useful feature for those building systems with 3D cameras because it will enable them to send 3D data to one of the buffers and a raw image to another. 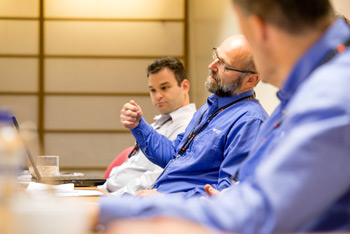 On the speed front, Miethig confirmed that the speed of the CL-HS M protocol, which currently supports speeds up to 3.125 Gbit/sec would be increased to 6.25 Gbit/sec, enabling system integrators to double the available bandwidth on SFP connector based fiber optic systems. The speed of (CL-HS) M protocol systems that use the Infiniband C2 connector, on the other hand will enable systems with speeds of up to 5.0 Gbit/sec to be developed.

“The new specification also introduces a new Quad Small Form-factor Pluggable (QSFP) connector for fiber interfaces that will enable X protocol CLHS systems to support four channels of data, each with a transfer rate of 4.8GBit/sec. Currently, only a single lane SFP+ connector is supported by the standard, restricting the speed of the system to 1.2GBit/sec,” said Miethig.

Having defined the new features of the specification, an IP core has now been developed to support it. Currently, the core is currently undergoing testing at a number of manufacturers worldwide.