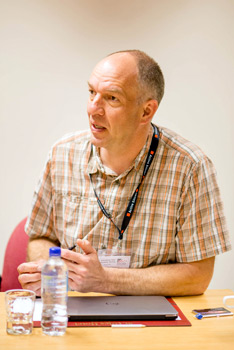 At the forum, Reynold Dodson, the President of BitFlow, acknowledged the fact that the sheer maturity of the standard has created certain compatibility issues that the Camera Link committee is working to resolve.

Notably, the specification itself originally demanded that designers implemented the Camera Link physical interface using the National Semiconductor chipset. Today, however, many designers have eschewed the use of the older chip set by designing their own Channel Link interface inside an FPGA in order to reduce costs.

The burning issue for the Camera Link committee is how to determine whether products that incorporate proprietary Channel Link interfaces are actually now Camera Link compliant, and how best to test them. To do so, Dodson says that the committee is currently developing a software test suite that will enable the compatibility of a variety of Camera Link hardware products — such as FPGAs — to be validated.